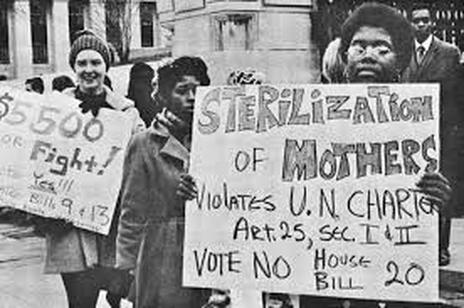 Introduction
Many believe that after the Nazis' attempts at race purification, U.S. eugenics programs would have died out after the war. But instead, supporters of involuntary sterilization enacted and promoted that policy with even greater ardor. Thanks to Clarence Gamble and many others, North Carolina was a testing ground for the new national campaign, which helps explain the surge in sterilizations here.

In reporting this story, Kevin Begos, a freelance journalist who worked on the original award-winning Winston-Salem Journal series in 2002, had access to documents not available to the Journal at the time. Some of these documents are from private library collections; others were once available through an open records request in North Carolina, but later were withdrawn from the public sphere. These documents are in the sidebar to the right and linked throughout this story.

As readers will learn throughout the series, people from all walks of life supported the eugenics movement. It was common public policy at the time, and its tacit or overt acceptance reflected the social mores of that era, as morally reprehensible as that seems now.

Or is it still reprehensible? Today in Western North Carolina, a nonprofit group offers drug addicts money to be "voluntarily" sterilized. It is dubious whether one could honestly consider this program to be voluntary or ethical, since many people suffering from drug addictions will do nearly anything for money—and that money will likely go to scoring their next fix.

Part 2 of the series analyzes the public relations and advertising campaign of the eugenics movement, while Part 3 scrutinizes involuntary sterilization of the poor and of people of color, including Native Americans, during the civil rights movement.