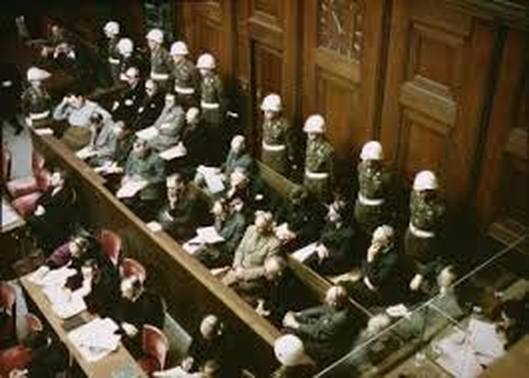 The Nuremberg Trials View of the defendants in the dock at the International Military Tribunal trial of war criminals at Nuremberg. November 1945. National Archives and Records Administration, College Park, Md.

"Ethical obligation has to subordinate itself to the totalitarian nature of war." Dr. Karl Brandt 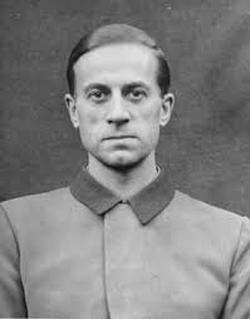 (January 8, 1904 – June 2, 1948) was the personal physician of Adolf Hitler in August 1944 and headed the administration of the Nazi euthanasia program from 1939. As Major General Reich Commissioner for Health and Sanitation he was involved in human experimentation and was tried along with many others in Nuremberg, Germany, the trial more commonly referred to as the "Doctors' Trial." He was charged with Freezing, Malaria, LOST Gas, Sulfanilamide, Bone, Muscle and Nerve Regeneration and Bone Transplantation, Sea-Water, Epidemic Jaundice, Sterilization, and Typhus Experiments and was also in connection with the planning and carrying out of the Nazi's T-4 Euthanasia Program of the German Reich and his overall membership in the SS. Judgment was pronounced on August 19, 1947 and Brandt was sentenced to death by hanging.