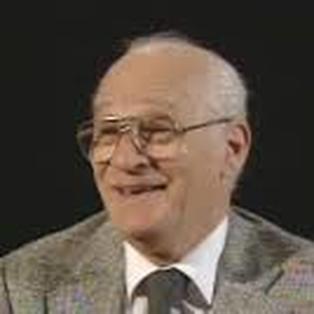 Leo Schneiderman
​Born: 1921, Lodz, Poland
Describes arrival at Auschwitz, selection, and separation from his family
[Interview: 1990]. USHMM website
Click here for video:  http://www.ushmm.org/wlc/en/media_oi.php?MediaId=1174  (transcript below)
TRANSCRIPT
It was late at night that we arrived at Auschwitz. When we came in, the minute the gates opened up, we heard screams, barking of dogs, blows from...from those Kapos, those officials working for them, over the head. And then we got out of the train. And everything went so fast: left, right, right, left. Men separated from women. Children torn from the arms of mothers. The elderly chased like cattle. The sick, the disabled were handled like packs of garbage. They were thrown in a side together with broken suitcases, with boxes. My mother ran over to me and grabbed me by the shoulders, and she told me "Leibele, I'm not going to see you no more. Take care of your brother.

The Germans invaded Poland in September 1939. Leo and his family were confined to a ghetto in Lodz. Leo was forced to work as a tailor in a uniform factory. The Lodz ghetto was liquidated in 1944, and Leo was deported to Auschwitz. He was then sent to the Gross-Rosen camp system for forced labor. As the Soviet army advanced, the prisoners were transferred to the Ebensee camp in Austria. The Ebensee camp was liberated in 1945.  USHMM website
Powered by